Today is a special day: partial solar eclipse, supermoon and the spring equinox. The solar eclipse will probably be visible in the Netherlands after all, weather bureau Weerplaza said on Thursday afternoon. The partial eclipse of the sun will occur between 9,30 hours and 11.52. Look at the animation movie of the eclipse in Haarlem. Haarlem Photograpers, are you ready? Find below how to photograph an eclipse. How we say here in Holland: “Succes!”.

The partial eclipse is expected from 09.30 hours. The moon will move slowly in front of the sun. The high point will be reached around 10.30, when 81% of the sun will be covered. By 11.52, the eclipse will be over.

The best chance of seeing the eclipse is in the north and west of the country, where clouds will clear. News agency ANP reports there has been a run on special glasses to protect eyes while looking at the eclipse. One chain of opticians has given away 200,000 pairs, ANP said.

According to Britain’s Independent newspaper, two other rare celestial events also take place on Friday: a supermoon and the spring equinox. A supermoon, happens when the full or new moon is closest to the earth, making it look much bigger than it usually does. The spring equinox refers to the time of the year when the day and night are of equal duration, mid-way between the longest and shortest days.

How the Partial Solar Eclipse Will Look in Haarlem

The total phase of this solar eclipse is not visible in Haarlem, but it can be observed there as a partial solar eclipse. The Moon covers a large portion of the Sun, so this is still a spectacular sight.

Look here an animation movie about how the partial solar eclispse will look in Haarlem.

Phases and local times of this eclipse

Haarlem Photograpers, are you ready? Read here how to photograph an eclipse.

← Born yesterday: mothers and their newborn babies – in pictures
Join our Spring photo contest and win! → 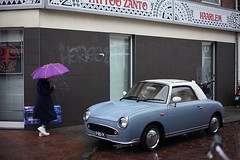 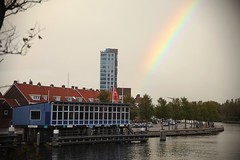 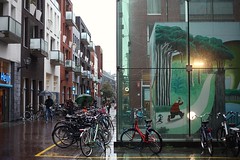 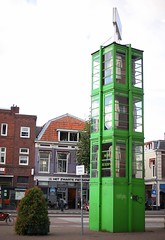